GRAND FORKS, NORTH DAKOTA, US — North Dakota Mill and Elevator, the only state-owned flour mill in the United States, recently celebrated its 100th anniversary with a ceremony on its 100-acre site on the north side of Grand Forks.

The North Dakota Industrial Commission, which oversees the mill’s operations, joined employees of the North Dakota Mill, local officials, customers and suppliers to celebrate the milestone, as well as the recent commissioning of the new H and I milling units and the conversion of the D milling unit, resulting in a 22% increase in total milling capacity.

North Dakota Mill now has 10 milling units and daily milling capacity of 60,500 cwts, making it by far the largest mill in the United States.

“Since the North Dakota Mill opened its doors at the Grand Forks facility in 1922, it has been fulfilling its mission to promote agriculture, commerce and industry,” the Industrial Commission members said. “What began with an initial capacity of 588,000 pounds of flour per day has grown by more than tenfold to over 6 million pounds per day, making it the largest standalone flour mill in the nation and the eighth-largest milling company in the United States.” 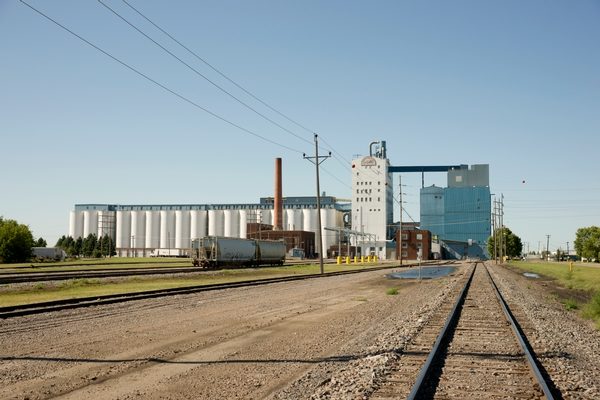 Although it is government-owned, North Dakota Mill is very much a for-profit organization. Vance Taylor, president and chief executive officer, told World Grain that the state requires about 50% of North Dakota Mill’s profits to go to the state’s general fund and the other half is used to reinvest in the mill, including in the form of capital projects.

“The state mill adds value to 40 million bushels of spring wheat and durum per year, providing a reliable market and enhancing profitability for our state’s farmers,” said the Commission, which consists of Governor Doug Burgum, Attorney General Drew Wrigley and Agriculture Commissioner Doug Goehring. “Since the year 2000, the mill has transferred over $100 million in profits to the state’s general fund or Ag Products Utilization Fund, supporting services to North Dakota citizens and projects that keep our agricultural industry on the cutting edge. We are deeply grateful for the North Dakota Mill team that works hard every day to provide a superior product and great customer service.”

Taylor, who has been president and CEO of North Dakota Mill since 2000, told World Grain the unyielding support of the state government over the decades and being located near some of the most fertile farmland in the world has proven to be a winning combination.

“Our location in North Dakota is key,” Taylor told World Grain. “North Dakota spring wheat and durum is some of the best wheat in the world and allows us to have the highest quality flour out there. And we try to deliver that with the highest level of customer service. We also have great employees. North Dakotans have a great work ethic and they have been a big of our success story since the beginning. 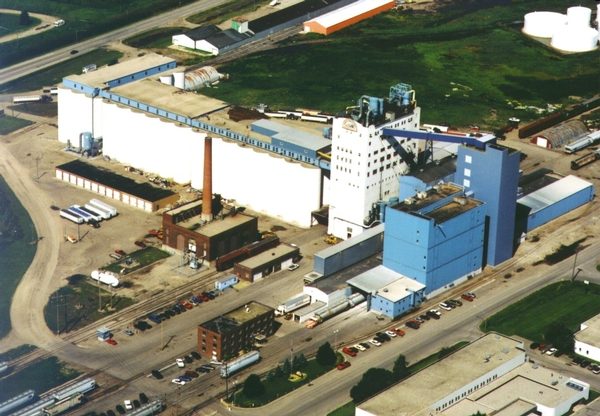