ARLINGTON, VIRGINIA, US — Noting railroads’ outsized impact on the agriculture industry, the National Grain and Feed Association (NGFA) voiced support for Robert Primus to continue as a member of the Surface Transportation Board (STB) in a letter to leaders of the US Senate Committee on Commerce, Science and Transportation. 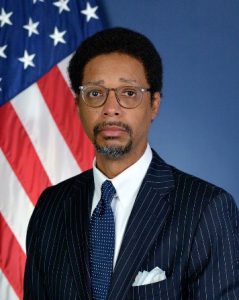 “The agricultural sector has been adversely impacted by railroad market power and by recent changes to railroad operations,” the NGFA said in the letter sent in advance of Primus’ Sept. 7 confirmation hearing. “The rail industry has reduced the number of locomotives, crews, and other human and capital assets to reduce railroad operating costs, but often at the expense of their customers. During the past couple of years with Mr. Primus as a member, the board has responded to these developments with proactive oversight and long-overdue efforts to modernize its regulatory oversight.”

This year, the STB has requested plans from rail carriers on how they will restore service to acceptable levels and has developed momentum to create more rail-on-rail competition and a more streamlined method for freight rail customers to challenge rates they consider to be unreasonable.

“The ability of the STB to follow through and pursue a modern and more balanced approach is dependent upon it having members that are knowledgeable and objective,” the NGFA said. “We respectfully believe Mr. Primus exemplifies these principles.”

Primus is a native of Madison, New Jersey, US. He graduated with honors from Hampton University in 1991, receiving a Bachelor of Science degree in Marketing.  Additionally, Mr. Primus received a certificate from Harvard University’s John F. Kennedy School of Government in 2007 for his participation in the school’s Executive Education Program. For the past 30 years, Primus, a Democrat, has been involved in various aspects of Congress and the federal legislative process.

Based in Arlington, Virginia, US, the NGFA consists of grain, feed, processing, exporting and other grain-related companies that operate more than 8,000 facilities handling US grains and oilseeds.