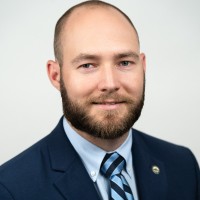 He will report to AAFCO’s board of directors, while working alongside AAFCO’s members to ensure they have the tools and resources needed to succeed within the association and their individual states.

As a member and leader within AAFCO, Therrell already has been active in the organization’s initiatives and achievements. In addition to serving on AAFCO’s board of directors, he has co-chaired the Feed and Feed Ingredient Manufacturing Committee, been a member of the Pet Food Committee, and led many workgroups drafting and revising guidelines. Therrell has worked with numerous feed industry trade associations on a wide range of initiatives.

“Austin’s extensive regulatory and feed industry knowledge and involvement with AAFCO make him the ideal fit as executive director,” said George Ferguson, president of the AAFCO board of directors. “He brings relevant experience and a fresh perspective to AAFCO, adding greater depth to ensure compliance with state and federal laws affecting animal food. We are excited to have him lead us and guide us.”

Previously, Therrell held multiple roles within the Animal Feed Regulatory Program at the South Carolina Department of Agriculture (SCDA), having served as the feed safety program manager since 2020. During his time at SCDA, he oversaw the development and implementation of new strategic improvement plans and a new feed registration system, expanded the agency’s regulatory authority throughout the state, managed Food and Drug Administration (FDA) feed contracts and inspections, and fully implemented the Animal Feed Regulatory Program Standards (AFRPS).