OMAHA, NEBRASKA, US — Historically an exporter of agricultural commodities to Asia, Scoular in recent years has developed a significant presence in the region, more specifically Southeast Asia, which it views as brimming with growth potential.

“You look at their population growth, GDP growth, increased protein in their diet, more purchasing power,” said Adrian Gasparian, president of Scoular Asia. “In the past decade the feed milling growth in Vietnam has been massive, as has the feed growth in Thailand, both in terms of domestic consumption and the export market. We believe in the long term, when you look at the whole region but particularly Southeast Asia, the growth potential is tremendous.” 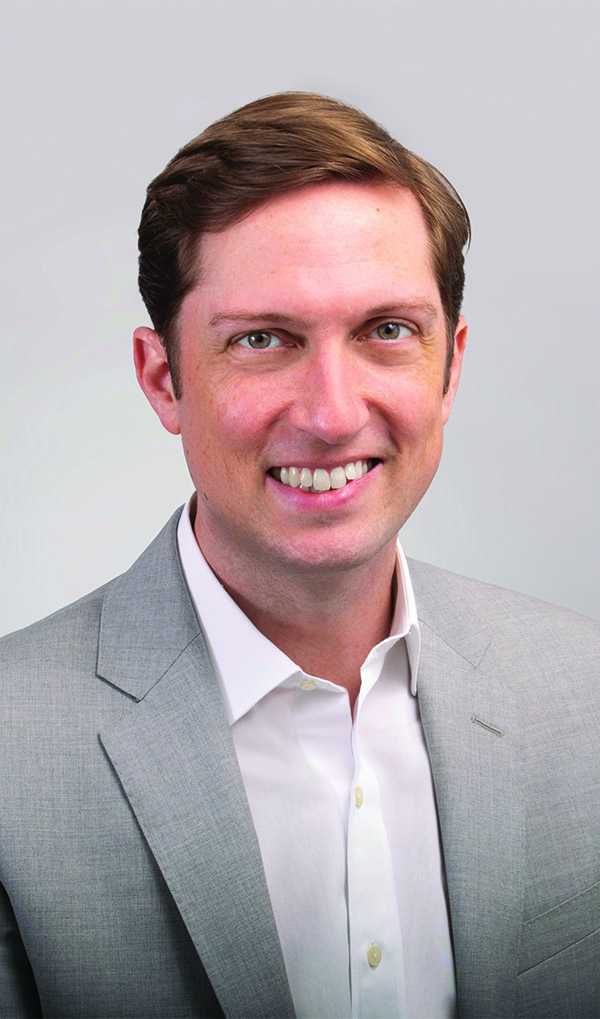 In the past three years, Scoular, a 130-year-old company based in Omaha, Nebraska, US, has opened an Asian headquarters and trade office in Singapore, soybean cleaning and distribution operations in Indonesia, feedstuffs and grain distribution offices in Indonesia and Myanmar, and a fishmeal production facility in Myanmar. It recently met with customers in Vietnam to determine the best combination of assets and investments that will add value to its business.

“Scoular is driven by growth, curiosity, and creating solutions for our customers,” Gasparian said. “We are excited to continue expanding our presence in the region. Scoular invests in ways that solve problems and add value for our customers and suppliers, and many of our customers already have a footprint in Vietnam.”

Vietnam, the world’s 16th most populous country, is a key importer of agricultural commodities with a large and growing market in that segment. Scoular has hired two employees in Vietnam and expects to employ up to 12 additional employees, including a country manager, within the coming months.

Gasparian said he anticipates imports and distribution to begin by the end of 2022 in Vietnam.

In addition to Vietnam, Scoular’s key investments in Southeast Asia to date are:

Building a trade team in Singapore to support intra-Asia trading for Scoular’s food and feed ingredients. The team is based in Singapore that also is home to Scoular’s Asia headquarters and regional support teams.

Establishing a value-added fishmeal facility in Myanmar that will supply customers in Asia with consistent quality and just-in-time delivery.

Driving the company’s venture into the Southeast Asian market has been the tremendous growth and potential for further expansion in the soybean meal and fish meal markets.

“A big part of what we’re focusing on is feed milling, which is growing very significantly in Southeast Asia,” Gasparian said. “Vietnam is a big aquaculture market. Indonesia and Myanmar are as well. It’s within our wheelhouse since we do a lot of things related to aquaculture.”

He said Scoular, which continues to export vast amounts of agricultural commodities to Southeast Asia, has chosen to expand its production and distribution capabilities within the region with the goal of adding value to the industry.

“We’re doing things in a way that are a bit different than the other industry players,” Gasparian said. “We’re expanding in a different way. We’re adding value, talking to customers, deploying capital and are willing to invest in the region in a way that helps customers.”

Scoular’s initial investments in Indonesia and Myanmar were an example of its plan to make added-value, downstream investments, Gasparian said.

“We really ended up focusing on soybeans cleaning and bagging for Indonesia’s tempeh and tofu market,” he said. “That’s a market where we had been selling soybeans for the last 20 years, so we took another step in the supply chain. We set up our facilities just over a year ago in Indonesia and it’s going very well. I think we’re adding good value to that market.”

He described the company’s approach to its Asian expansion as “making a lot of asset-light investments associated with the importing and distributing of commodities. We are looking at being a market solution provider, particularly when it comes to soybean meal.”

Historically, almost all the grain and oilseed commodities handled by Scoular in Southeast Asia originated in the United States. But in recent years, Scoular has moved to more of a global and diverse origination strategy for its Southeast Asia operations. 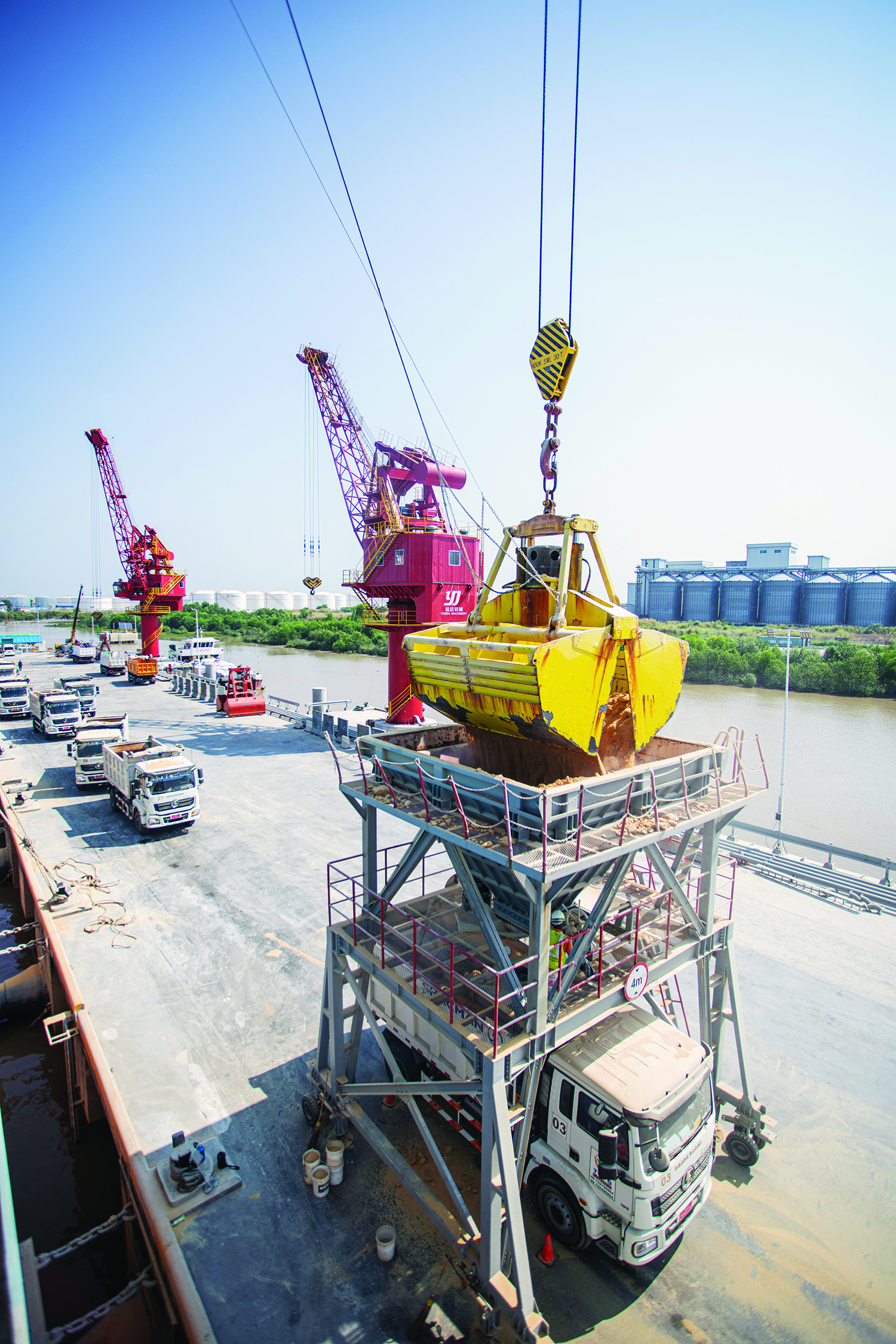 Soybean meal being discharged for local distribution in Southeast Asia.

“On the soybean meal side, the majority of that comes from Brazil, Argentina and Paraguay — from global crushers’ plants in South America,” Gasparian said. “We’ve been partnering with them to bring in soy meal from around the world.”

Scoular’s fish meal business has become a truly global endeavor, both in terms of origination of raw materials and destination of its end products.

“We are the most dynamic and versatile fish meal company in the world,” he said. “We buy fish meal in 30 countries and sell into more than 30 different countries.

Like all companies, Scoular is dealing with the supply chain crisis that emerged during the pandemic and has impacted both receiving and delivery times.

“Delivery times are taking significantly longer than they did before, whether it involves containers or bulk vessels,” Gasparian said. “And it’s a lot more expensive with commodity prices being extremely high. At Scoular, we see it as both a challenge and an opportunity. A company like Scoular that is well capitalized can help the industry with solutions. For example, having soybean meal inventory on the ground when customers need it so you can deliver it just in time, on the spot. We can absorb some of that supply chain disruption or risk.”

The biggest wildcard (besides the global pandemic) Scoular’s Asia team has faced was the coup d’état in Myanmar on Feb. 1, 2021, when democratically elected members of the country’s ruling party, the National League for Democracy (NLD), were deposed by the Tatmadaw — Myanmar’s military — which then vested power in a military junta.

What was a very business-collaborative environment has become more challenging, with a significant increase in the number of bureaucratic hurdles and administrative challenges making doing business in Myanmar a much more complex endeavor. Despite these unexpected challenges, Gasparian said Scoular has not wavered in its commitment to serve the people of Myanmar as an important cog in the food supply chain.

The growth potential in the feed sector in Myanmar, a country of 55 million people, makes it worthwhile for Scoular to remain committed.

“Feed milling per capita is one-third of other parts of the region, so it is very underdeveloped with a lot of room for growth,” Gasparian said.

Prepared for the challenge

Gasparian, a native of Sáo Paulo, Brazil, said he has carried a passion for the agribusiness industry since he was a boy. He moved to the United States as a teenager and graduated from Fairfield University in Connecticut as well as the Harvard Business School Executive Education program. Following graduation, he was hired in 2007 by Chicago, Illinois, US-based Archer Daniels Midland Co. (ADM) where he worked as a merchandiser before being promoted to merchandising manager in Colombia and Ecuador. In 2011, he became general manager of ADM’s Latin American operations. He later was named director of commodity distribution of ADM’s Asia-Pacific region operations from 2015-19 before accepting Scoular’s offer to become managing director of Asia and now president of Asia and head of its internaitonal grains and oilseeds operations.

Since Gasparian joined Scoular three years ago, the company has increased its number of employees in Asia from four to 84. He said the company’s investment strategy wasn’t only about installing assets and infrastructure, but also “investing in human capital.”

“At the end of the day it should be a lot about people, not just assets,” he said.

Privately-owned Scoular has more than 100 grain storage and processing facilities in the United States and Asia.