We use cookies to provide you with a better experience. By continuing to browse the site you are agreeing to our use of cookies in accordance with our Cookie Policy.
Home » U.S. ag trade forecast to hit lowest level since 2007 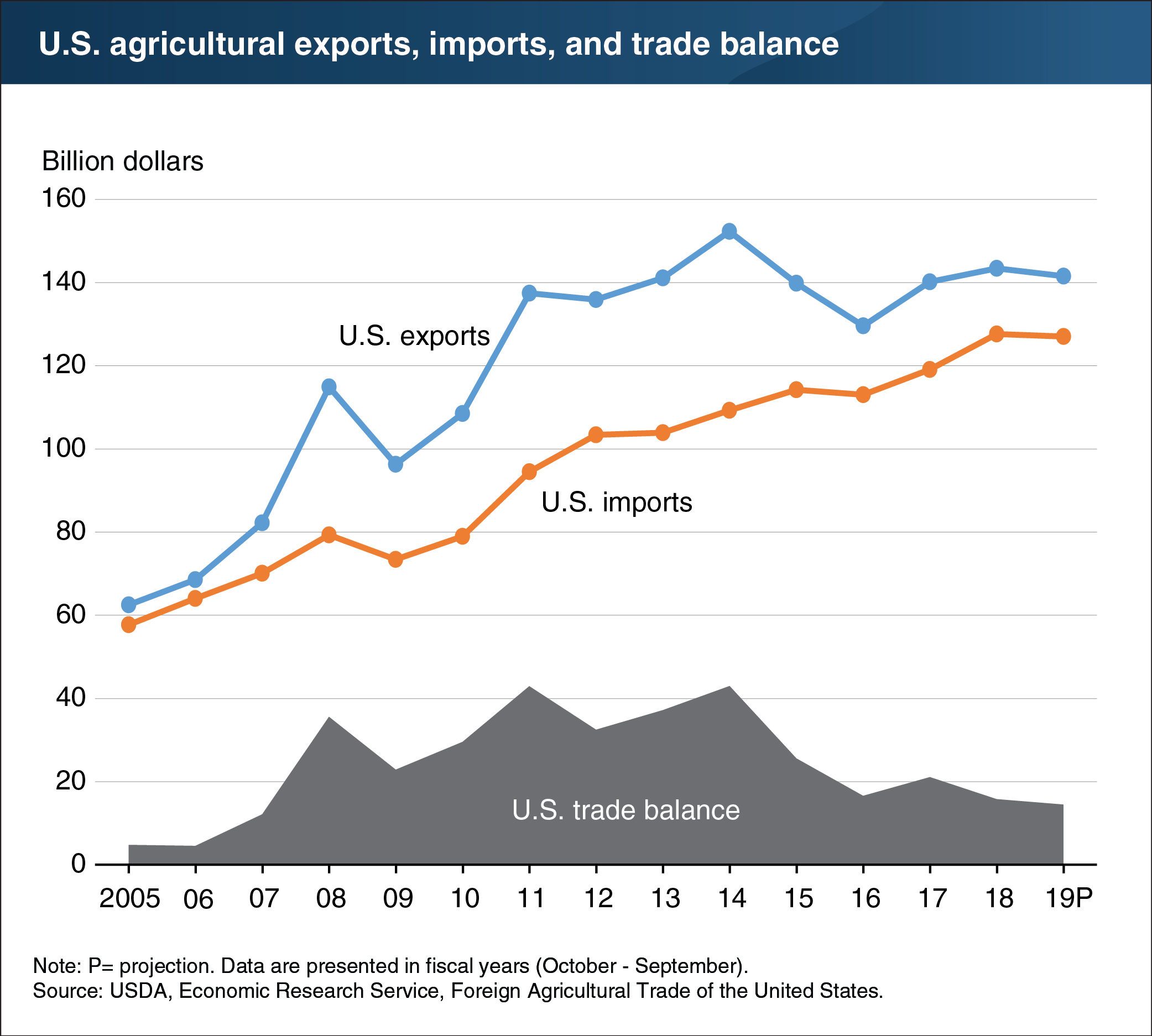 While agricultural exports have increased in value since 2016, the value of imports has risen at a slightly faster rate, leading to a declining trade balance.

“The forecast value for U.S. agricultural exports in fiscal year 2019 reflects a $3 billion decrease from the previous forecast and a $1.9 billion decrease from fiscal year 2018,” the ERS said. “At the regional level, exports to East Asian countries are forecast to decline by $6.7 billion — the result of an expected decrease of $7.3 billion in agricultural exports to China from the 2018 total of $16.3 billion. Chinese demand for U.S. soybeans is expected to drop sharply because of China’s retaliatory tariffs, which also curb demand for other products, including sorghum, pork and products, and dairy. The decline in export value to China is being countered by higher expectations for exports of wheat and horticultural products like fruits, vegetables, and tree nuts. Those products are expected to increase in value by $3.2 billion relative to fiscal year 2018.”