The award was presented by Gary Huddleston, director of feed manufacturing and regulatory affairs for AFIA, to David Schnicke, plant manager for QLF Comstock Park, Sept. 8 during the AFIA’s Liquid Feed Symposium (LFS), being held this week in New Orleans, Louisiana, US.

“QLF Comstock Park is honored to be recognized as the 2022 Liquid Feed Facility of the Year,” Schnicke said. “The team at Comstock Park strives to manufacture the highest quality products for our customers and the livestock they feed.”

Constructed in 2014, the Michigan liquid feed facility produces about 75,000 tonnes of feed annually, specializing in suspensions for beef and dairy cattle. The facility boasts three mixers for increased efficiency and abundant finished feed storage, allowing for continued growth in the future. This is the third time a QLF facility has won the Liquid Feed Facility of the Year award.

“QLF’s Comstock Park liquid feed facility is best in class for the industry, with well-documented standard operating procedures and training programs that should be revered,” Huddleston said. “Their work has led to experienced and engaged employees who play a critical role in ensuring the safe manufacture of quality liquid feed for beef and dairy producers.”

In 1985, the AFIA sought to recognize top facilities as part of its voluntary Feed Facility of the Year program, which assesses manufacturers’ overall operations against their peers using key industry metrics. As the industry has evolved, the program has evolved with it, now recognizing award winners throughout the year in four categories — liquid feed, commercial dry, premix and ingredient, and integrator. To date, 40 facilities have earned FFY awards.

Based in Arlington, Virginia, US, the AFIA is the world’s largest organization devoted exclusively to representing the business, legislative and regulatory interests of the US animal food industry and its suppliers. 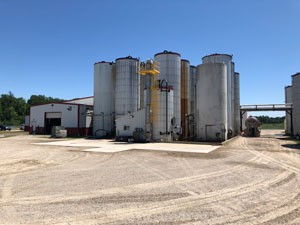 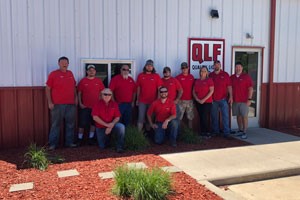