SYDNEY, AUSTRALIA — Oilseed rape, or canola, wasn’t grown by Australian farmers for commercial scale production until the end of the 1960s, but over the last few decades the country has become established, thanks to the yellow-flowered crop, as one the world’s most important oilseed exporters, with a focus on supplying the fuel and protein needs of the European Union.

Australian exports for 2022-23 are forecast at 4.6 million tonnes, revised up from the month-earlier prediction of 3.8 million. The previous year’s exports were 5.4 million. Australia is firmly in second place as a world rapeseed exporter, behind Canada, which is set to export 8.8 million tonnes in 2022-23.

The IGC commented that “amid generally favorable conditions for crop establishment and development, the forecast for production in Australia is raised by 600,000 tonnes, to 5.6 million, a 14% y/y decline, but with above-average outturns anticipated in all states.”

With increasing energy market prices and the primary purpose of exports to the EU being for biodiesel production, it is anticipated that the EU market will remain strong for Australia.

While acreage is seen expanding to a record of 3.4 million hectares (up 12%), the smaller outlook reflects an assumed return to trend yields after the spectacular results of the prior season, the IGC said.

In a report on the sector dated April 4, the attaché explained that the 2022-23 crop will still be the second largest in history.

“Canola yields are expected to decline in the forecast year after setting a record in the previous year, in part due to the high price and tight supply of fertilizers,” the attaché said.

Rapeseed dominates Australian oilseed production. The only other oil crops produced are small amounts of olives and cottonseed. However, the attaché commented that “the long-term trend in Australia is for expanding olive production as young trees commence bearing fruit and increase yields, and the forecast year is expected to rise because of a natural biennial affect in yield after a low previous crop,” while cottonseed output has risen with increased availability of water for irrigation.

Part of the reason the attaché expected reduced rapeseed production was “farmers having less suitable area available in their crop rotations for canola after the previous two years of big-planted area,” while “in addition, the three major input cost items of fertilizer, chemicals, and diesel all have skyrocketed in recent months, and the supply of some of these items is also proving to be challenging.”

Production is encouraged by high prices.

“Since the start of 2021, the canola price has risen by around 60%, with the peak price even higher,” the report said. “After prices started to decline around the start of harvest from mid-October 2021, they started to rally from mid-February 2022, leading up to the Russian invasion of Ukraine. Futures prices for late 2022 at harvest for Australian producers are currently strong relative to historical prices.”

The first commercial production of rapeseed in Australia was in 1969, according to a 1999 report published on the website of the Australian Oilseeds Federation. With the title “Canola in Australia — the first 30 years,” it includes a chapter by Bob Colton, at the time program leader (Oils) for New South Wales Agriculture, and Trent Potter, then a research officer with the South Australian Research and Development Institute at Naracoorte. They pointed out that rapeseed is not such a new crop, having been grown in India in 2,000 BCE. The crop was first grown in Canada in 1942, to use the oil as a lubricant. Edible oil was not extracted until 1956. Test plots were grown in Australia in the 1960s, but the introduction of wheat delivery quotas led to it becoming a commercial crop at the end of the decade.

Initially Canadian varieties were used, but the two authors said that “soon after the industry began in the late 1960s, the need to develop improved Australian varieties became obvious.” 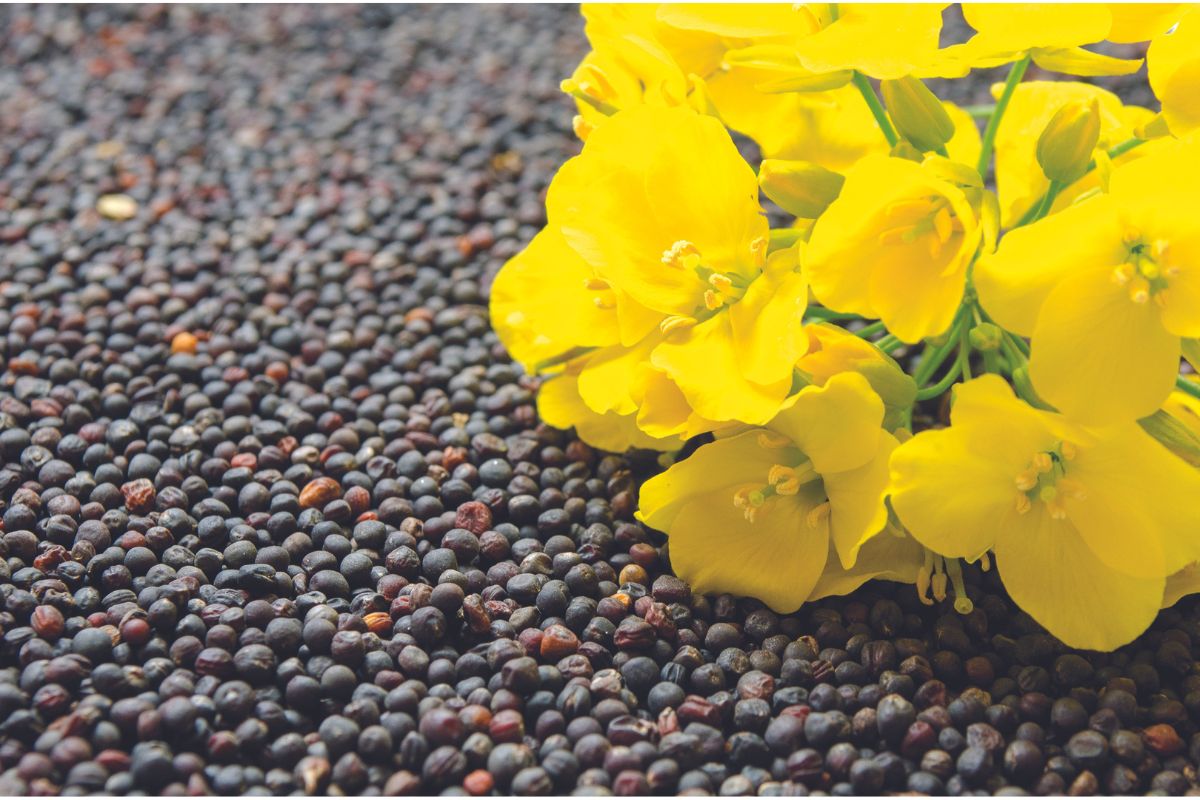 “Victoria set up the first breeding program in 1970, followed by Western Australia and New South Wales in 1973,” they said. “Their initial objectives were to develop varieties that were blackleg resistant and were low in erucic acid and glucosinolates, while maintaining or increasing yields.”

Blackleg had become a major problem in the early 1970s and the disease soon became widespread, they explained.

“In Western Australia, where the disease was most severe, yield losses of up to 80% resulted in plantings crashing from 49,000 hectares in 1972 to 3,200 in 1974,” they added. “Even though resistant varieties were developed, the Western Australian industry only started to produce significant quantities of canola again from the early to mid-1990s.”

By the time Colton and Potter wrote their article, the crop was well established as a major earner for Australian agriculture.

“In 1998-99, almost 1.3 million tonnes were exported to China, the European Union, Japan, Mexico and the Indian subcontinent,” they said. “Australia has a national oilseed crushing capacity of about 1.2 million tonnes per annum, predominantly on the eastern coast. Crush capacity expanded considerably during the 1990s, reflecting strong growth in production and domestic demand.”

Supplier to the EU

“Crush volume had been stable for several years at around 800,000 tonnes as cooking oil consumption in Australia is fairly stagnant and merely increasing with population growth,” the attaché said. “But with another large harvest, albeit well below marketing year 2021-22, the crush is expected to again be above past levels.

“With strong international canola oil prices, domestic crushers are forecast to be encouraged to produce at near capacity, but at a slightly lower level than the 2021-22 record canola production year.

The attaché also said Western Australia only accounts for around 10% of the country’s total rapeseed crush, even though half the crop is produced in the state, suggesting the reason is most of the feedlots, dairy, swine and poultry users are in the east.

“In most years, domestic canola prices are closely correlated to international prices due to Australia typically consuming only around one-quarter of production and exporting the balance,” the attaché said. “Over the last five years, on average, around 75% of Australia’s exports have gone to the European Union (EU), primarily for the biodiesel market. However, trade with China, Japan, United Arab Emirates and the United Kingdom varies from year to year.”

The US official explained in a separate report on the biofuels sector that, with no federal support for biodiesel, little of its rapeseed crop is used for the domestic diesel fuel market.

A further point made by the USDA attaché is that a major difference between Australia’s rapeseed and that exported by Canada is that most of what Australia exports to the EU is non-GM.

“Even though the primary use of Australian canola in the EU is for the biodiesel market, importer preference is for non-GM canola,” the report said. “This enables the meal byproduct to be used in their livestock industries. However, if the premium for non-GM canola climbs too high, EU importers reportedly have some flexibility in sourcing GM canola to meet their demands.”

With increasing energy market prices and the primary purpose of exports to the EU being for biodiesel production, it is anticipated that the EU market will remain strong for Australia.

“Over the last five years, Western Australia has, on average, produced almost half of the national canola crop but accounted for two-thirds of overall exports,” the attaché explained. “In fact, about 97% of Western Australian production is exported, of which 77% has been to the EU.

“South Australia, although a smaller producer, has similarly been focused on the EU export market. This is due to the relatively small populations and limited crushing facilities in these states.”

By contrast, New South Wales, has a sizable population and what the attaché called “robust crushing facilities.”

“Because of this, although New South Wales, on average, accounts for one-quarter of production, over the last five years it has only accounted for 5% of total exports,” the report said. “Victoria produces a similar amount of canola to New South Wales but exports almost two-thirds of its production. It also has a more diverse export destination being less reliant on the EU market.”