We use cookies to provide you with a better experience. By continuing to browse the site you are agreeing to our use of cookies in accordance with our Cookie Policy.
Home » Climate change remains front and center for USDA

VAIL, COLORADO, US — The US Department of Agriculture (USDA) will continue to push climate change as a policy issue in farm and export programs, USDA officials said in comments at the 37th International Sweetener Symposium held Aug. 1 in Vail.

America’s farmers have an opportunity to be “a real hero in our ability to address climate change” through improvements in productivity and climate-smart practices, but a successful climate program “has to work for agriculture,” said Robert Bonnie, under secretary for farm production and conservation for the USDA, as he outlined the USDA’s approach to addressing climate change through building broad, collaborative partnerships across agriculture. 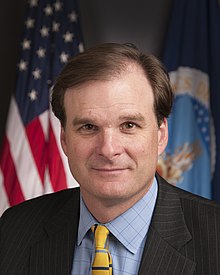 “There’s so much diversity in agriculture that the approach to climate change can’t be one that dictates practices for low and high,” Bonnie said. “It has to be modern. It has to be producer-led. It has to allow farmers, ranchers and forest landowners to choose which practices work best for them, and then provides incentives for them to do that.”

Initiatives to reduce greenhouse gas emissions must recognize the critical role American farmers play in producing a global supply of food and fiber, he said.

“We have to reduce emissions even while we maintain and enhance productivity,” Bonnie said. “We’ve got to feed 9.5 plus billion people in the world by the middle of the century. US agriculture is really good at productivity, and it’s really good at efficiency. That’s why I’m optimistic about the ability of US farmers and US forest landowners to be able to address climate change.”

Bonnie emphasized the importance of crop insurance as a risk management tool, saying, “crop insurance is critically important for so many folks in agriculture.” He noted that there are ways to increase crop insurance accessibility while improving the products available to farmers.

Earlier in the day, Daniel Whitley, administrator of the USDA’s Foreign Agricultural Service, said climate change is included in all USDA negotiations concerning foreign trade, while also guarding against other countries using climate change disguised as a trade barrier. 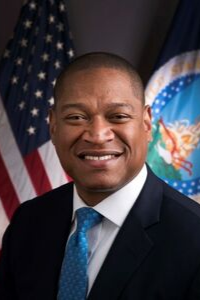 Whitley noted that while the Biden administration hasn’t negotiated new free trade agreements, it has been successful in negotiating several targeted agreements, such as beef exports to Japan and potato exports to Mexico.

“Resilience and reliability” of US agriculture are critical in driving US agricultural exports, Whitley said, adding that other countries want to buy from the United States because “they can rely on us.”

Southeast Asia and the Middle East and Africa are key regions the United States will target to increase trade, Whitley said.

The United States also is going to be “more aggressive in holding our trade partners accountable,” Whitley said, noting recent discussions with Canada on dairy issues under the US-Mexico-Canada Trade Agreement. At the same time, he said he has never seen a better working relationship between the United States, Mexico and Canada.