We use cookies to provide you with a better experience. By continuing to browse the site you are agreeing to our use of cookies in accordance with our Cookie Policy.
Home » Grain storage and handling projects

KANSAS CITY, MISSOURI, US — Already dealing with the fallout from COVID-19, grain storage and handling suppliers surveyed by World Grain said they are now facing rising prices and supply chain concerns due to the war in Ukraine. At the same time, the ability to store grain continues to be a matter of national security.

“While the sector is preparing itself for a post-pandemic world order, the grain supply chain has faced a great threat from the war between Ukraine and Russia, which are main suppliers of grain to the global market,” said Sedat Demirbas, international sales executive of Altinbilek Group Companies. “Every government in the world focused on its own interests during the chaos caused by COVID-19’s uncertainty. The war in Ukraine twisted the knife in the wound.”

The pandemic and the fighting in the Black Sea also increased focus on food security, which means an increase in demand for new grain storage.

“Stocking of grains becomes more important during crises and each country has to shape its own destiny,” Demirbas said. “Grain silo manufacturers will be receiving more demand when investors get rid of the first shock wave of chaos in the world economy because of the war in Ukraine, while removing precautions from the COVID-19 pandemic.”

New investment will come in countries dependent on imported grains. National food and grain stocks will be a top priority in the economy and politics of the Middle East, North Africa and sub-Saharan African countries.

Suppliers agree that most current projects are expansions instead of greenfield. Many are looking to increase conveying capacity, with belt conveyors becoming more popular than chain conveyors for the larger capacities.

As long as sanctions are in place, Symaga will not be doing business in Russia.

“Regarding Ukraine, we think that once the war finishes, demand will remain strong,” Symaga said. “From a non-business perspective, we the hope the war will end soon.”

Prior to the war, CESCO was active in Ukraine and had several plants in execution this year. Those projects are now on hold and CESCO is exploring with its customers any possible way to restart those projects, even partially, in order to provide grain storage capabilities in Ukraine for the harvest.

CESCO said it will offer its expertise and capabilities to support any future investment related to building new or upgrading existing grain storage plants in inland or port locations, which may be required to restore the logistics damaged during the war.

“CESCO is also actively looking for new paths for the export of Ukrainian grains,” CESCO said. “Thanks to our network of customers in all the neighboring countries, we are actively creating cooperation between Ukrainian traders and their counterparts in other markets.”

Suppliers agree that most current projects are expansions instead of greenfield. Many are looking to increase conveying capacity, with belt conveyors becoming more popular than chain conveyors for the larger capacities.

The larger capacity individual silos require proportional improvement of the control system and of the final sweeping system after the gravity discharge. Also, deeper analysis of the seismic nature of the region involves a new and specific design of silos.

On the processing side, large investors are revising their strategies toward production of high value-added products such as starch, ethanol, biodiesel, and proteins obtained from grains and peas.

The Black Sea conflict, coupled with the fallout of COVID, has destroyed the supply chain for grains and steel, while demand has increased for both. Raw materials have become more expensive, and manufacturers have to create new strategies to find advantages over competitors.

To address supply side issues, including high prices and shortages, Symaga said it had to offer longer delivery terms. The company has increased its security stock by more than 15% to avoid long delivery times in the future.

Due to COVID lockdowns and travel restrictions, CESCO increased its remote collaborations, and it is now completely used to working from anywhere.

“Not only sales, marketing, engineering and project management activities but also remote commissioning has been made possible by modern IT tools and ways of communication,” CESCO said. 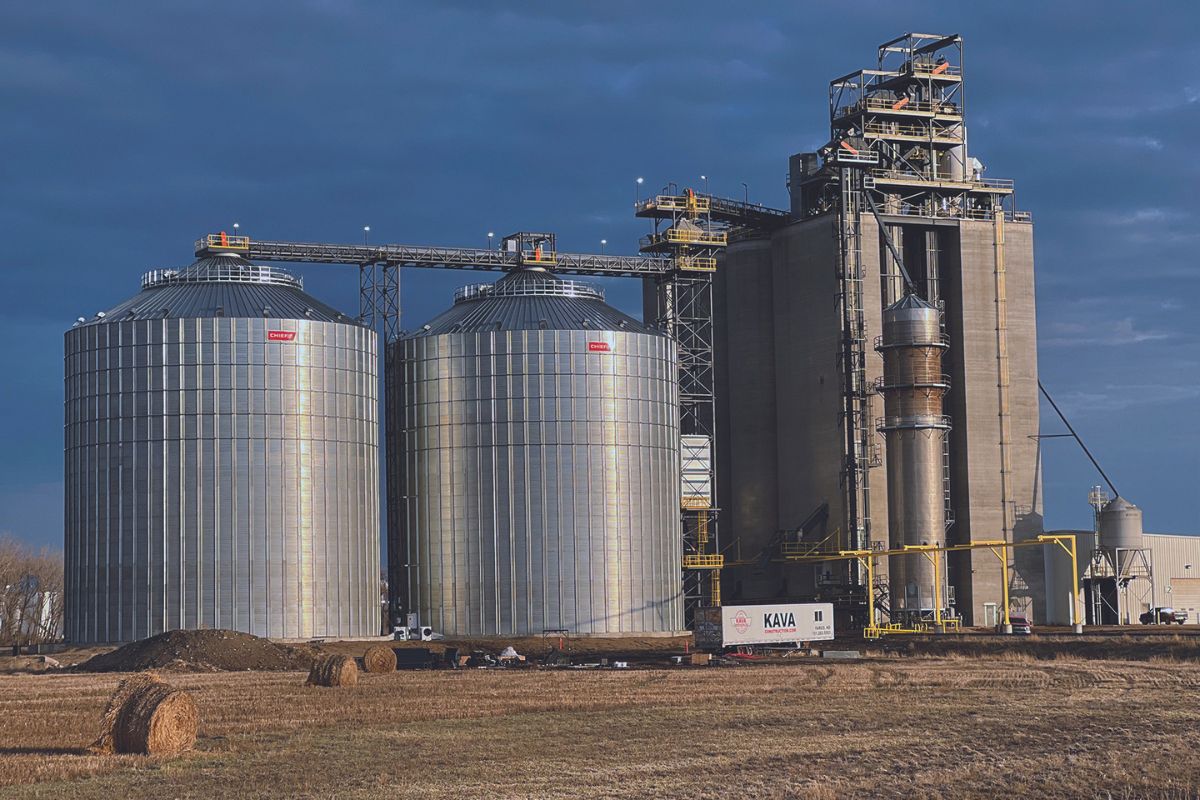 Material handling has a capacity of 30,000 bph for receiving and 50,000 bph load out for shuttle trains. This was the second addition of Chief steel silos in 11 years.

Cey Group, a leading port operating group of companies in Turkey, decided during the pandemic to add to its grain storage in the Tekirdag province. It is located in the Marmara region, which is bordered by Greece and the Aegean Sea to the west, Bulgaria and the Black Sea to the north, the Black Sea region to the east and the Aegean region to the south. 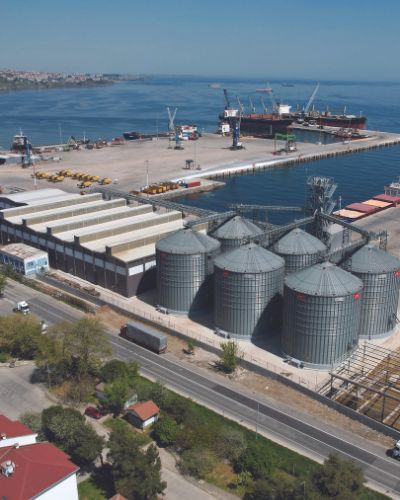 The company provides logistics, storage, bagging and distribution for imported wheat, corn, soybeans, barley and more. Total storage capacity is 2 million tonnes, with the addition of the Tekirdag port.

Altinbilek, which has been a main supplier of the Cey Group for more than 20 years in seaports and dry ports, provided the storage and handling equipment for the project. A contract was signed in the last weeks of 2020, with project implementation and assembly started in March 2021. The project was completed in December 2021.

Despite sharp lockdowns impacting transportation, manufacturing and assembly because of the pandemic, Altinbilek was able to complete the commissioning of the project.

The silos were equipped with side discharge chutes to lessen energy consumption.

Being able to store and move imported grains is important to the sustainability of the food and feed sectors in Turkey. The war in Ukraine, which started just a few months after commissioning, shows the importance of grain storage for the country’s economy, Altinbilek said.

The facility will help with food management and security for Turkey as well as countries in the Black Sea and Mediterranean Sea.

Lantmännen Oats recently completed an expansion of its oats facility in Kimstad, Sweden, that included an outloading building with square silos and related loading/unloading systems. Total storage capacity is 1,150 cubic meters in a hopper silo, and outloading capacity is 1,060 cubic meters via a prismatic silo block.

CESCO, working with AFRY AF Industry AB, supplied a range of equipment, including intake, loadout and storage. The project was unique in that the building and storage silos had to be integrated into a narrow space. There could be no interference with the existing production while the expansion was under construction.

Contracts were signed in January 2021, with construction taking place from August to March 2022 and commissioning at end of May 2022. The pandemic presented some challenges, including a raw material shortage in winter and supply chain delays. 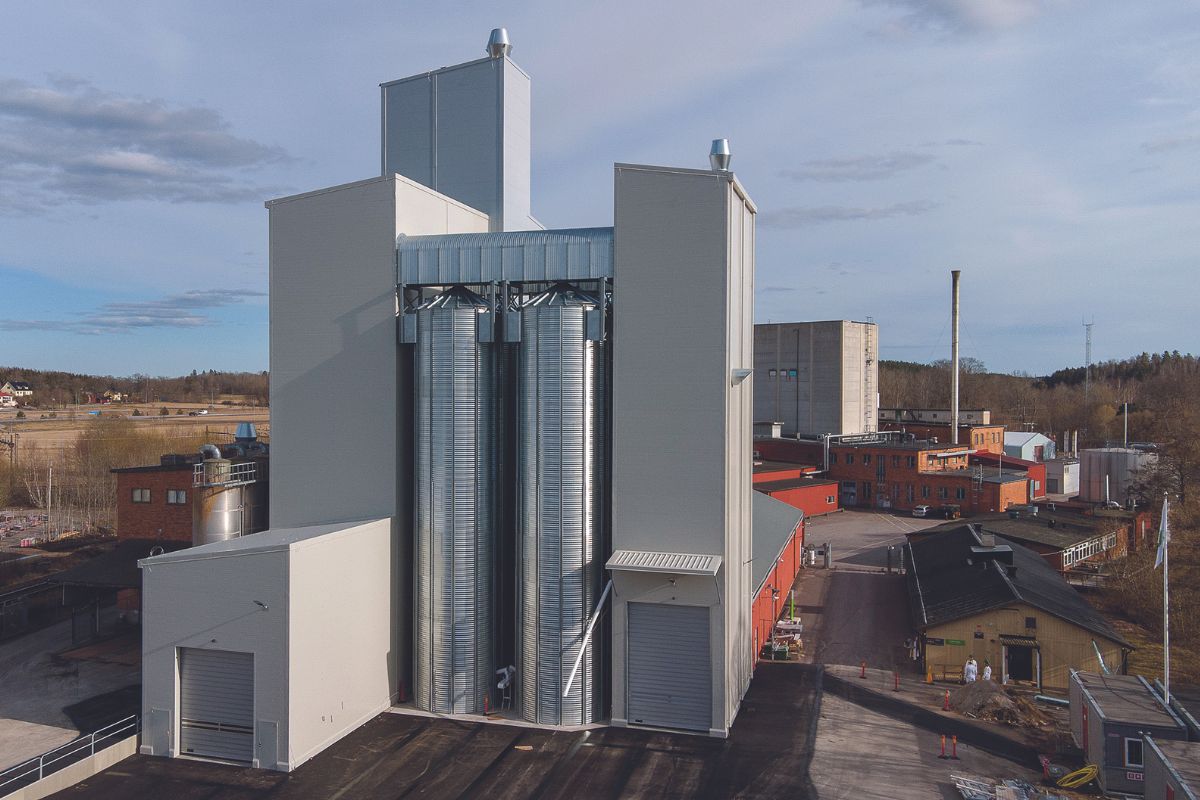 Lantmännen Oats completed an expansion of its oats facility in Kimstad, Sweden, with CESCO supplying storage equipment and a range of services. Photo courtesy of CESCO.

The biggest challenge was a shortage of high tensile steel sheets, which is required for manufacturing many components, including silos and conveyors.

“We have been facing the general lack of reliability in the delivery time of sub-suppliers, which in its turn affected our delivery time,” CESCO said. “Only the combined efforts of all companies of the group in the procurement allowed us to overcome the most critical situation.”

For the project, CESCO supplied intake pit with grits and aspiration for truck unloading, chain conveyors and bucket elevators. Storage included round hopper silos model HBS with special outlet diameters and corrugated square silos with food-grade surface treatment. Completely covered walkways were installed on the top of the hopper silos.

CESCO also supplied the intake and outloading steel building including flooring, staircases, cladding and roofing. All machines had food-grade surface treatment. CESCO services included concept and detail engineering, static calculation of the buildings, manufacturing and shipment and erection and commissioning.

Bairds Malt constructed a new malting plant in Inverness, Scotland, where it can take advantage of the locally grown barley and supply malt directly into the surrounding distilleries in Speyside and Morayshire. Being located close to the good harbor facilities in Inverness makes it easy to export quality malt to brewers and distillers around the world.

As part of the project, Symaga worked with Bühler for the supply of storage silos to the new facility. Total capacity is 29,059 cubic meters.

More than two dozen hopper silos with different requirements were requested. The project’s overall technical complexity posed a challenge in connecting all of them in accordance to the turnkey’s project management operating guidelines, Symaga said.

“Both a solid partnership approach and fluent communications helped us through it,” the company said.

By the assembly phase, the project faced some delays as a result of COVID test-track-trace requirements. Also, Brexit-related regulations played a role in delivery.