We use cookies to provide you with a better experience. By continuing to browse the site you are agreeing to our use of cookies in accordance with our Cookie Policy.
Home » PETKUS aims to serve MENA region

DUBAI, UNITED ARAB EMIRATES — As grain prices continue to soar due to reduced global supply with two of the world’s largest exporters, Russia and Ukraine, fighting a war, countries in the Middle East and North Africa, which are heavily dependent on imported grain, are dealing with a burgeoning food security crisis.

For these countries, it is more critical than ever to properly store the grain they acquire to ensure that this precious commodity remains in excellent condition and does not rot.

With this in mind, Germany-based grain storage and handling equipment manufacturer PETKUS Technologies has made the MENA region one of its top priorities. It recently opened a business hub in Dubai, United Arab Emirates.

“This has helped us be near these clients and to be responsive to the needs of this region,” said Dr. Khaled Raed, chief innovation officer (CIO) and the head of PETKUS’ MENA office. “We can manufacture equipment specifically for them.”

He said grain storage and handling has become a high priority in the MENA region with governments and the private sector working together in many countries to increase the number of permanent storage units and the equipment inside the bins that ensures grain quality. 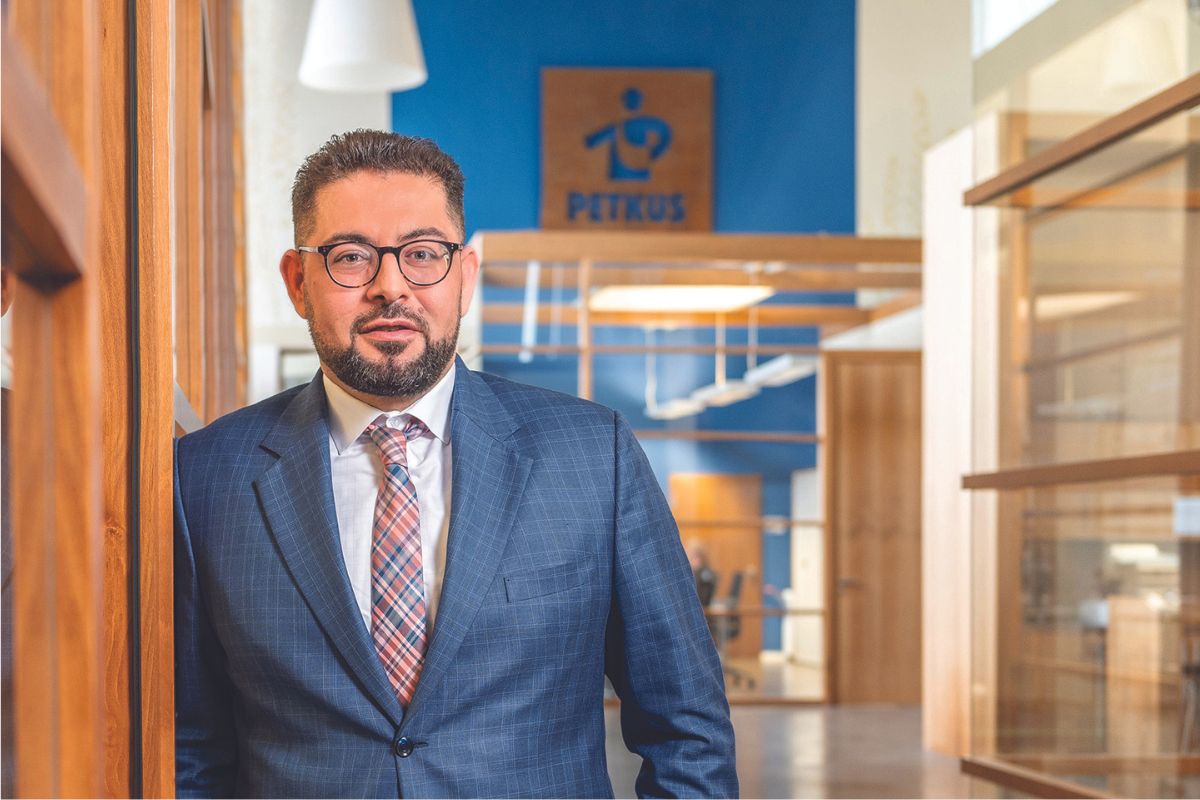 In Egypt, for instance, the European Bank for Reconstruction and Development said that several of its major grain-supplying clients are investing in state-of-the-art grain handling equipment and increasing storage capacity at the port terminals. Keeping grain stored and in good condition could help Egypt avoid uprisings such as the “Arab Spring” protests that occurred when the price of bread and other grain-based food soared during the early 2010s.

“In the past, in many places there you would see wheat laying on the ground bare,” Raed said. “There were no silos; it was just imported and transported. Nowadays it is important to have a port terminal with grain storage silos to keep the grain in good condition before it is transported.”

One of the keys to maintaining grain quality is utilizing color sorting and drying technology, he said. The sorter rejects grain kernels that are damaged while dryers bring down moisture levels in grain so that funguses such as aflatoxin and mycotoxin don’t develop. Because hot weather is predominant in the MENA region, the risk for aflatoxin or mycotoxin development in grain is much higher than in many parts of the world, he said.

Raed said PETKUS technology can reduce up to 90% of aflatoxin, which can make a big difference in region that can’t afford to see any of its grain deteriorate to the point that it can’t be used.

The company’s OptoSelector OS t color sorter processes individual kernel images and includes size and shape recognition technology as a standard feature in addition to its unique transmission technology. Defects having the same color and shape as the good material can now be removed by recognizing differing transmission characteristics, which are related to the absorption ability of the light.

Similarly, broken or deformed pieces of otherwise good material also can be rejected.

For the MENA region, which typically imports 60% of its grain from the Black Sea region, most notably Ukraine and Russia, the blockade of Ukrainian grain shipments by sea plus the supply chain issues that still exist because of the COVID-19 pandemic have created a perfect storm that threatens food security.

To complicate matters even further, demand for grain storage and handling equipment in the region, as well as many other parts of the world, is at an all-time high, Raed said.

“We’re at an all-time high in orders,” Raed said. “There’s huge demand coming from two directions. Because grain prices are so high, farmers have profited and want to invest after many years when margins were low, and they didn’t have any money to invest. Also, during COVID most people began eating at home so there was a significant increase in grain consumption.”

However, the unleashing of this pent-up demand for grain and as a result, grain storage and handling equipment, comes at a time when supply chain problems as well as geopolitical issues are preventing quick and efficient movement of materials and goods.

“Before COVID, we took an order and it took 10 to 20 weeks maximum to deliver,” he said. “Now it’s about two times more. On one side you have high demand for our products but on the other side you have a bottleneck in the supply chain that doesn’t allow for materials to move as fast.

“It used to have six months validity on our bids and now we’re bidding for projects that are to be realized in 1 to 2 years. That required much more fine planning and risk management, especially in a highly volatile market.”

Not only are companies like PETKUS waiting longer on shipments from suppliers, but the cost of inbound materials has sky-rocketed in this high-demand, difficult-to-transport environment.

“Since COVID, steel prices have increased by 83%,” Raed said. “Microchips have increased 1,000 times the price they were before COVID. It’s really out of control. Demand is so high that if you want to have it next month you will pay the premium price, or you can order it at a discounted price, but you have to wait for three years to receive it.”

The higher price for raw materials used to construct a bin, which is comprised of 40% steel, means an increase in the price of the end product, Raed said.

“Because of the increase in steel prices, our clients are beginning to talk to us about multi-use of the storage plants,” Raed said. “They want to store as many as three different crops in the same plant, so they’re needing a special engineering logistic concept as well as proper cleaning solutions to prevent cross-contamination.”

He said in these difficult times companies need to rethink planning and project management. To deal with these challenges, projects should be planned as early as possible, and delivery shortages should be taken into calculation.

PETKUS is German-based company with more than 170 years of tradition in developing, design and manufacturing different technologies for the grain and seed business. It has five hubs and more than 20 offices worldwide to follow up closely its mission under the slogan: “Strong Seed and Healthy Grain.”