We use cookies to provide you with a better experience. By continuing to browse the site you are agreeing to our use of cookies in accordance with our Cookie Policy.
Skip To Content
Home » Slow grain exports impact U.S. rail, ocean freight demand

KANSAS CITY, MISSOURI, U.S. — Grain shippers, for the most part, are experiencing improved rail freight performance and lower freight rates, due largely to reduced demand on the rail system. Ocean freight rates, meanwhile, have move higher despite reduced U.S. grain exports. And trucking volume, while not primarily for grain, has varied widely as the industry as suffered from excess capacity added in 2018.

“According to performance data from the Surface Transportation Board (STB), rail service has improved compared to earlier in the year and prior years,” the U.S. Department of Agriculture said in its Sept. 26 Grain Transportation Report. “Railroads have moved less grain compared to last year, and rates in the secondary auction market have been correspondingly low.”

Grain rail shipments peaked in mid-May and have remained below average since, with June, July and August shipments down 5% from the same months last year, the USDA said.

Year-to-date rail grain deliveries to ports for export totaled 277,492 carloads through Sept. 18, down 11% from the same period last year, although deliveries to specific ports showed mixed results. Grain deliveries to the Pacific Northwest at 187,540 carloads were down 23% from a year ago, reflecting reduced grain (mainly soybeans) exports to China, with shipments to Atlantic and East coast ports at 13,417 carloads, down 9%, to the Texas Gulf at 41,949 carloads, up 10%, and to the Mississippi Gulf at 34,586 carloads, up 116%.

While grain arrives at export terminals by barge, rail and a bit by truck, year-to-date total U.S. grain inspected for export (for respective marketing years per specific commodity) was 8,485,080 tonnes through Sept. 26, down about 8% from the same period a year earlier, according to USDA data. But the total was dragged down by sagging corn exports at 1,530,264 tonnes, down 66% from the prior year, while wheat exports were up 23% at 8,485,080 tonnes, sorghum was up 10-fold at 91,279 tonnes and soybeans were up 6% at 3,150,498 tonnes, despite the trade war with China.

Of the 10 carload segments tracked by the AAR, year-to-date volumes all were down from a year ago except petroleum and petroleum products, which was up 16.6% at 493,100 cars. The segments showing the largest declines from a year ago were coal at 3,059,671 carloads, down 6.9%, grain at 843,910 carloads, down 6%, and metallic ores and metals, at 861,004 carloads, down 5.6%. Despite continual declines, coal remains the heaviest rail user, claiming 31% of the non-intermodal shipments for the year to date (January-September).

“Lower quantities of rail freight for grain were generally correlated with lower rail rates, reflected in the secondary auction market for shuttle service,” the USDA said. “Average bids/offers for delivery of rail cars in May through September were lower than their respective months a year ago, especially in August and September. Trading for delivery of rail cars in October is around (minus) $170 per car (below tariff), down $700 per car from the prior three-year average.”

“Overall performance on the network has remained strong during the past few weeks,” BNSF Railway said in a recent network update. “Velocity for both cars and trains is running at the highest levels since January. Terminal dwell has also been reduced to its lowest level since the start of the year. Operating teams are engaged in ongoing efforts to drive greater velocity and efficiency improvement as we move into the busy fall season.”

But grain shippers, like the railroads they use, haven’t been without headaches this year. Especially troublesome to both were track outages and other closures during the spring from rains and floods across large areas of the Midwest, from Arkansas and Oklahoma to Nebraska and Minnesota. While all or most of those outages have long returned to service, movement of grain, grain products and other commodities were delayed for days to weeks during the worst of the flooding.

One Kansas City grain merchandiser agreed that railroads were “running pretty well” since recovering from numerous outages from flooding earlier in the year.  However, he noted that, while rail rates have fluctuated, he saw them as up from a year ago after most railroads on average increased freight rates about $100 per car (5% to 7%) during the past summer, which he said is a typical annual occurrence.

Further, the Union Pacific Railroad’s conversion to Precision Scheduled Railroading (PSR) that began in October 2018, along with similar efforts by some other railroads (not BNSF), continues to bring “a lot of frustration” to grain shippers, a Kansas City merchandiser said. The STB continues to closely monitor performance, industry complaints and other issues specific to PSR to assess its impact on shippers.

“In 2019, railroads are facing multi-pronged challenges,” said John T. Gray, senior vice-president at AAR. “Fundamental long-term structural changes — including the continued erosion of coal markets; growth in the domestic intermodal and chemical sectors; and the current disruptions to manufacturing, agricultural and international intermodal markets stemming from trade uncertainty and the evolution of consumer purchasing practices — have all required adaptation and renewed focus on basic railroad management and operational principals. That said, the industry’s ultimate goal will remain what it’s always been: providing safe, cost-effective transportation that meets the evolving demands of our customers’ markets, now and in the future.” 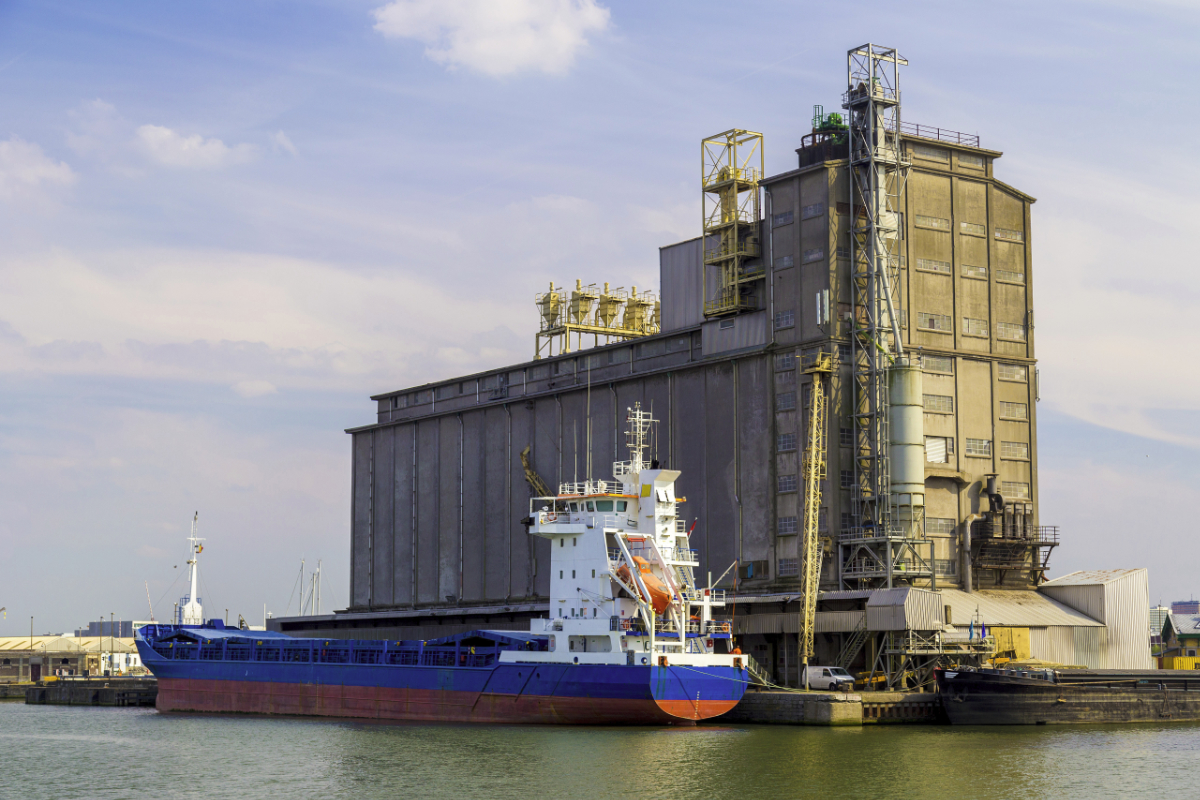 “In late 2018 through mid-2019, floods and high water disrupted barge traffic on the Mississippi river and its tributaries,” the USDA said. “The high water resulted in large amounts of sediment deposited throughout the river system. Although the effects have not been as dramatic as those from the flooding, which entirely closed locks near St. Louis, they have complicated commerce on the inland waterways.”

Year-to-date to Sept. 21, downward tonnage of grain shipments on the Mississippi river system through the locking portion of the river was 19.5 million tons, down about 32% from the same period a year earlier, the USDA said. The largest reduction was in corn shipments at 9.1 million tons, down 50% from a year earlier. Meanwhile, the Federal Grain Inspection Service reported an average of 560 grain barges per week were unloaded in the New Orleans region, down 25% from 2018 and 23% below the prior five-year average. 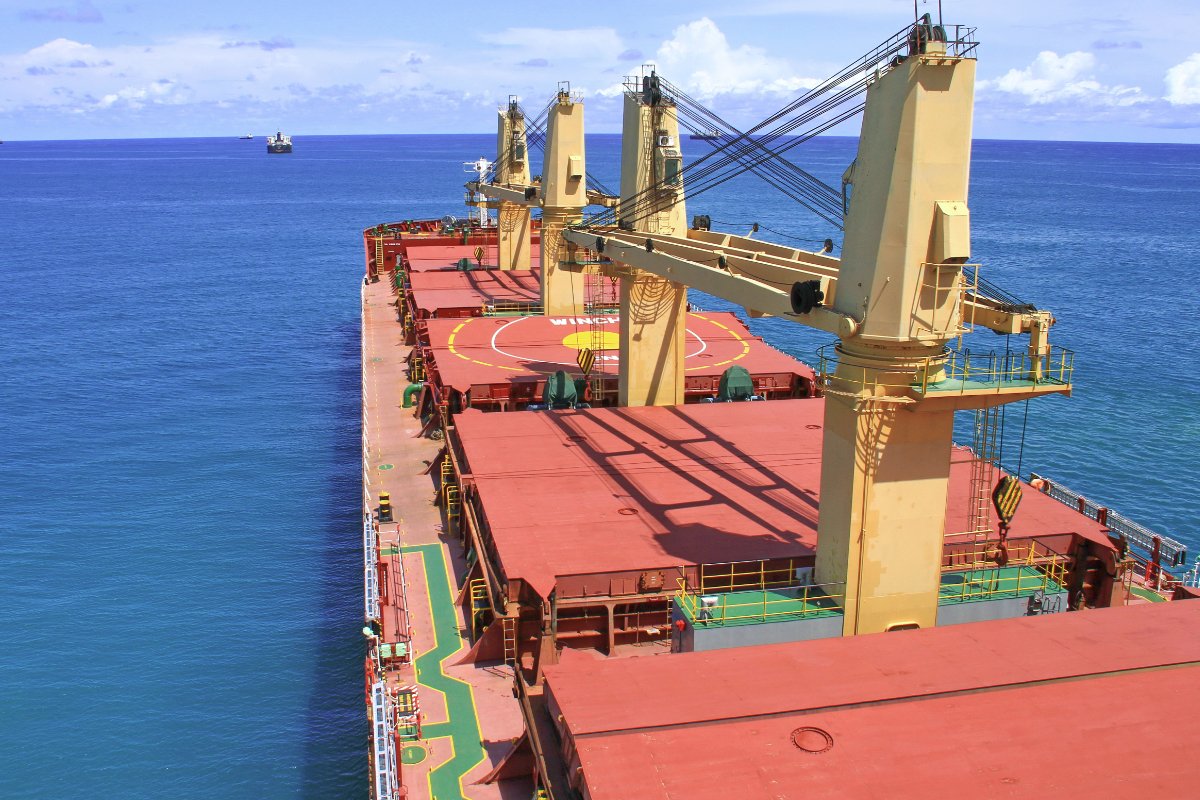 Additional upward pressure on ocean freight rates has resulted from “slow rates of dry bulk fleet expansion caused by the International Maritime Organization’s (IMO) regulations on ballast water scheduled to take effect in January 2020,” the USDA said. Further, the IMO, under Annex VI of the International Convention for the Prevention of Pollution from Ships, has mandated that ocean-going vessels reduce the amount of sulfur emissions from marine fuel to 0.5% from 3.5% (by weight) by Jan. 1, 2020, which some have called “the biggest change in fuel regulations since the elimination of leaded gasoline,” the USDA said earlier this year. As with railroads and trucks, ocean carriers have begun adding fuel surcharges in contract negotiations.

“Importers in the eastbound trans-Pacific were warned Thursday (Sept. 26) by a large shippers association to expect at least a 9% increase in all-in freight costs next year after the IMO’s low-sulfur mandate takes effect,” the Journal of Commerce said in a recent report. “The bottom line is that carriers intend to be compensated for the higher fuel costs.”

While the IMO rules only apply directly to bunker fuel (used by ships), the low-sulfur fuel will draw from the middle-distillate fuels that are also used by surface carriers, “so prices for rail and trucking diesel will also increase,” the Journal of Commerce said.

Average on-highway diesel fuel prices as reported by the U.S. Energy Information Administration averaged $3.07 per gallon in the week ended Sept. 30, up 0.02¢ from the first of the year but down 0.25¢, or 7.5%, from the same week a year earlier. The weekly U.S. average diesel fuel price has been below the year-ago level since early May. The on-highway price is used by railroads and trucking companies to figure fuel surcharges, which are added to the freight rates paid by shippers of grain and other products. The August average railroad fuel surcharge was 14¢ per mile per rail car, down 2¢ from July and down 4¢ from August 2018, but up 6¢ from the prior three-year average for August. Fuel prices have the greatest impact on trucks, because of the small volume per load hauled relative to railroads.

Truck tonnage down in July

After climbing almost steadily each month from May 2017 through July 2018, truck tonnage has seen wide monthly swings, as reflected in the American Trucking Associations’ (ATA) seasonally adjusted Truck Tonnage Index, of which 2015 equals 100. The for-hire index dropped 3.2% in August after jumping 6.2% in July, with the August index equal to 118.3% of the base and the July index equal to 122.2%, the ATA said. The August index was up 4.1% from August 2018, and the index is up 4.3% January through August compared with the same period last year.

“Tonnage in 2019 has been on a rollercoaster ride, plagued with large monthly swings,” said Bob Costello, chief economist at the ATA. “The large swings continued in August, but the good news is the trend line is still up. While there is concern over economic growth, truck tonnage shows that it is unlikely that the economy is slipping into a recession. It is important to note that the ATA’s tonnage data is dominated by contract freight, which is performing significantly better than the plunge in spot market freight this year.”

Trucks account for large amounts of grain moved relatively short distances, compared with railroads that move grain between regions or to ports, barges that transport grain downriver to export ports and ocean vessels that move bulk or containerized shipments to foreign markets.

“There are many reasons for the current driver shortage, but one of the largest factors is the relatively high average age of the existing workforce,” the ATA said in its Truck Driver Shortage Analysis 2019. “Additionally, the industry has historically struggled to attract all segments of the population.”

“Today, motor carriers struggle to find enough qualified drivers, which makes the impact of the shortage seem much worse,” the ATA said. “Many carriers, despite being short drivers, are highly selective in hiring drivers because they have made safety and professionalism high priorities.”

While the trucking industry may be struggling with a lack of drivers and excess capacity, the ATA said industry-wide revenue surged about 14% to $796.7 billion in 2018, in part due to higher rates implemented last year.

The that growth isn’t expected to be sustained, according to a Journal of Commerce report. Analysts at the recent Intermodal Association of North America’s annual meeting forecast “flat to low-single-digit growth” for trucking, intermodal rail and ocean shipping for the rest of this year and into 2020. Uncertainty from trade issues will continue to affect the economy and demand for shipping both agricultural and other products in coming months.

For agriculture, meanwhile, the focus now is on the fall row crop harvest, which comes amid considerable uncertainty for the export market that utilizes a combination of nearly all transportation modes. While the railroads appear poised to handle the harvest, and China recently has returned as a buyer of U.S. soybeans (for now), late maturing crops and consequently later harvest may consolidate the harvest period, likely putting additional pressure on transportation services.