In its Agri Commodity Markets Research report for March, Rabobank said corn had faced pressure early in the month, before flooding in the U.S. Midwest and short covering drove a recovery. The pressure came from a sharp fall in wheat and barley, which switched demand away from corn, and growing world production prospects, Rabobank said.

“Ukraine has supplied 70% higher volumes to the global market since the beginning of the season, and the outlook for South American corn production is quite good, due largely to record early plantings of Brazil’s safrinha corn,” Rabobank said. “Conducive planting weather across Europe and Ukraine is raising expectations for high global competition with U.S. corn in the summer.”

Rabobank also noted that U.S. domestic demand for corn continues to suffer from weak ethanol prices. A Weekly Commodity Snapshot published by Rabobank on April 17 said that large USDA acreage and stocks estimates were “eclipsing concerns about delayed plantings and, combined with heavy international competition, have funds throwing caution to the wind.”

Rabobank noted concern about U.S. plantings delayed by wet weather in the Midwest but took a relaxed view.

“Given the U.S. farmer’s propensity to plant row crops quickly, the delays won’t bring significant concerns to the market unless they continue through May,” Rabobank said. 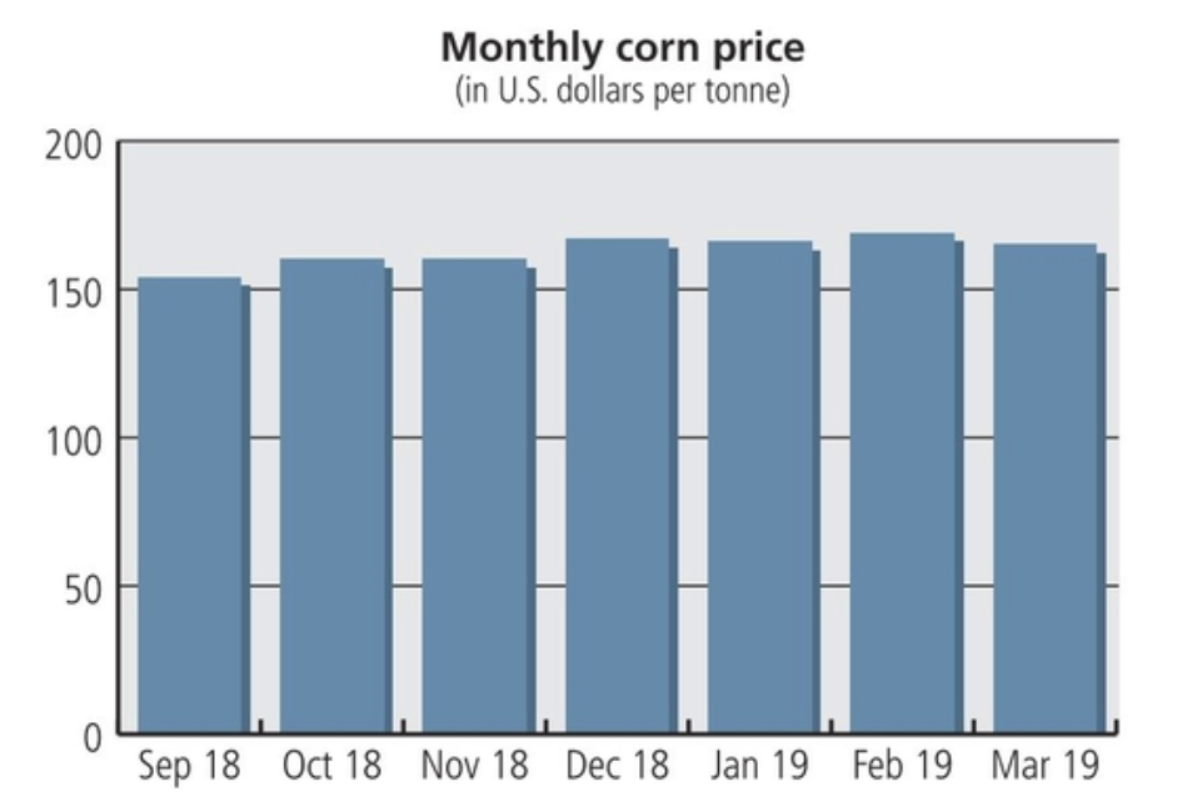 “The USDA increased production estimates by 1.5 million tonnes last week and indications are those numbers could rise further, especially if Brazilian weather holds for the safrinha crop,” the bank said.

In its April 11 Market Perspectives report, the U.S. Grains Council also noted the effect of increased USDA estimates on the market but added that “with good odds that USDA will lower its forecast of 2019 U.S. corn planted acres in May’s reports, there should be fundamental support coming soon.”

The USDA’s April 9 World Agricultural Supply and Demand Estimates report pointed to a U.S. 2018-19 outlook with lower feed and residual use for corn, with reductions in use for ethanol and export, as well as larger stocks. The USDA cut its forecast for U.S. domestic corn use to 311.55 million tonnes from its figure a month earlier of 314.72 million. U.S. corn exports were cut to 58.42 million tonnes from 60.33 million the previous months.

The USDA also added 5.27 million tonnes to its global coarse grain production forecast for 2018-19, bringing it to 1.377 billion.

Forecasts also had been raised for the E.U., Mexico and Indonesia, while crop expectations have been cut for the Philippines and Pakistan. For corn alone, forecast world production was raised to 1.107 billion tonnes, up from the forecast made a month earlier of 1.106 billion.

“Major global trade changes for 2018-19 include higher projected corn exports for Brazil, Argentina, the E.U. and Ukraine with a partially offsetting reduction for the U.S.,” it said.