CHATTANOOGA, TENNESSEE, U.S. — Grain Craft, the nation’s largest independent flour milling company, recently completed a year-long improvement project to expand and upgrade areas of its flour mill in McPherson, Kansas, U.S. These improvements were implemented to increase warehouse storage and to enhance both packing and loading efficiency for the mill, Grain Craft said.

The McPherson mill originally was built in 1906 as The Wall-Rogalsky Milling Co. In 2000 it was sold to Cereal Food Processors and in 2014 it was acquired by Milner/Pendleton, who renamed the companies Grain Craft. This expansion marks the largest in the mill’s history. The second largest expansion occurred in 1995 with the addition of the second mill.

“The driving factors for this important investment is Grain Craft’s strong commitment to its customers and employees,” said Peter T. Frederick, president of Grain Craft. “The strategic improvements we have made at McPherson position us for future growth and enhance our ability to provide a high level of service to our customers.”

In addition to the warehouse expansion, the mill added a new wheat unloading facility. This new facility features a high-speed wheat receiving pit with a dump-through scale that accommodates trucks to unload wheat and weigh simultaneously — allowing trucks to unload quickly and efficiently. This has doubled the original unload capacity. 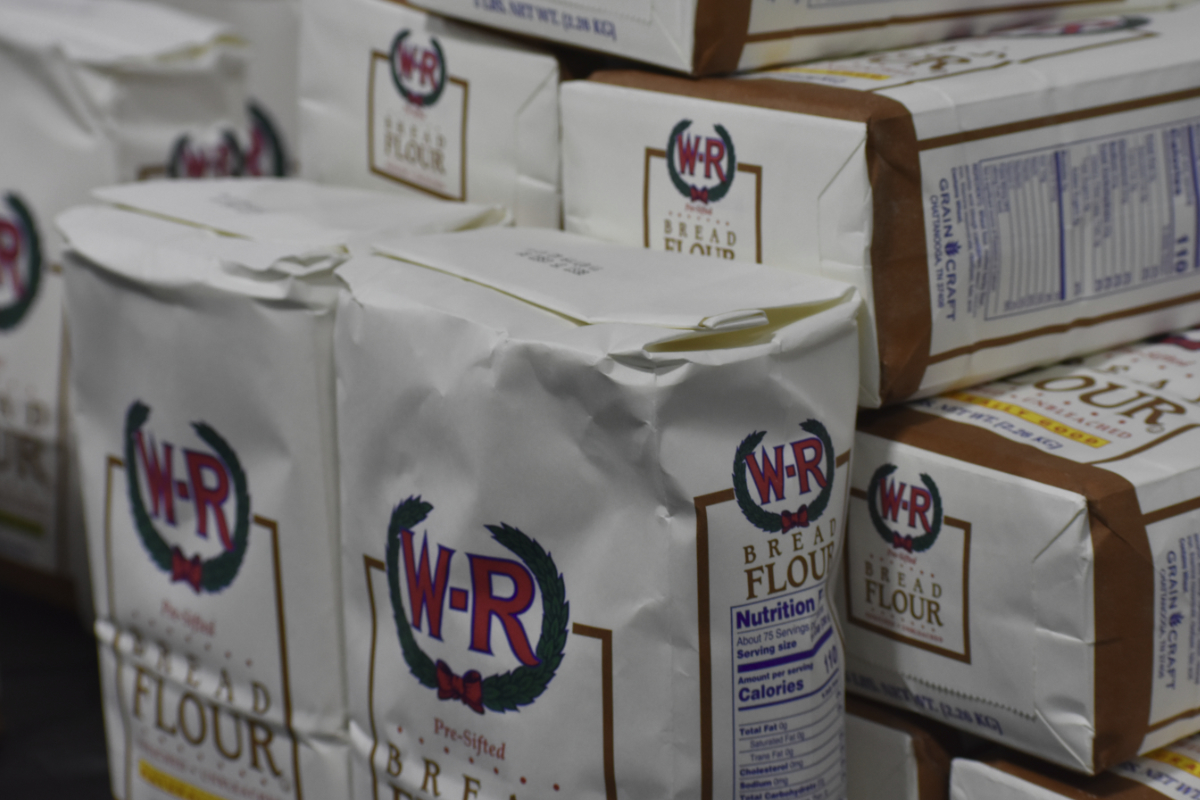 During the expansion, Grain Craft added new equipment in various areas of the McPherson mill to increase productivity, enhance safety for the employees and solidify the ability to meet current and future customer demands.  McPherson is Grain Craft’s primary small packaging mill, which influenced the equipment upgrade of multiple new packing lines and robotic palletizers.  Grain Craft said these additions have improved packing and loading capabilities significantly. The company continues to mill and pack the original W-R flour sold by Wall-Rogalsky.

Additionally, Grain Craft was able to make environmentally-friendly improvements with the incorporation of insulated metal panels to reduce HVAC demand. Reconfiguration of the loading and unloading patterns will provide enhanced safety by reducing truck volume in high traffic areas.

“This mill has been a part of this town for more than a hundred years,” said Clint Church, plant manager at McPherson. “We are proud to not only solidify its continued heritage but to also contribute to the betterment of the community through better traffic patterns and a revitalized building aesthetic to downtown McPherson.”

The company celebrated the project completion with an open house event on Nov. 8, where area city officials, project contractors and other key partners were invited to attend.

Grain Craft is the third largest U.S. flour miller with a daily production capacity of 161,500 cwts overall, including 7,200 cwts at the McPherson mill, according to Sosland Publishing Company’s 2019 Grain & Milling Annual.